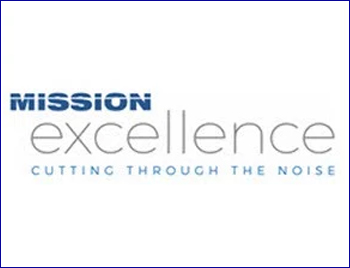 Justin Hughes is the Founder and Managing Director of Mission Excellence, assisting clients to deliver operational change and overseeing the development and delivery of consultancy and training services for clients throughout Europe; the Middle and Far East; and Africa. Methodology is based on experience of delivering results in complex high-pressure environments. Interventions are delivered in 2 main areas: Operational Excellence and Risk and Safety Management, in addition to team development for management meetings and conferences. Leadership training is also a keynote feature.

Justin is a renowned presenter on the international stage. He is also a seed investor and founder partner in a retail fashion business, in particular advising on marketing and finance, and is a non-executive adviser on organisational performance and risk management to Inox Global Capital Management, a long/short equities emerging markets hedge fund.

Prior to Mission Excellence, Justin’s career was in aviation. He joined the RAF aged 23 and, during officer training, was awarded the Wilkinson Sword for outstanding leadership, graduating as top cadet of his entry. Justin went on to fly the Tornado F3, a front-line air defence fighter aircraft. He has taken part in both training and operational deployments all over the world, including in UN peacekeeping operations in Bosnia. He was selected for the Red Arrows and served for 3 years on the Team, performing over 250 displays worldwide including three international tours. He was Deputy Team Leader and Executive Officer, responsible for operational day-to-day management of the team, a hand-picked group of nine elite pilots and 90 support personnel.

Justin has an MBA with Distinction from London Business School and a BSc (Hons) in physics from the University of Bristol. He joined the Advisory Board of 33 St. James’s in 2013.